For three days every January in Las Vegas, gambling takes a back seat and the techies come to town. Whether or not it’s actually the biggest, the Consumer Electronics Show is unquestionably the world’s glitziest electronics shindig, embracing glamour, dash and breathtaking high-tech in equal measure. 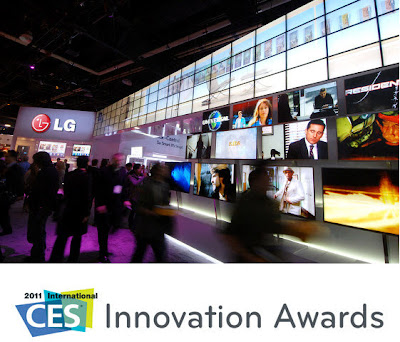 Of course, for the world’s top electronics companies, CES is a serious business, too. Here, more than anywhere else, the world’s tech titans have a chance to impress the most discerning techies and dictate the course of technology in the year ahead. By general consent, this was a good year for LG, with positive media buzz matched with an impressive haul of CES Innovation Awards for the company’s latest products.
Best of Innovations Awards: NANO Full LED 3D Smart TV (LW9500) 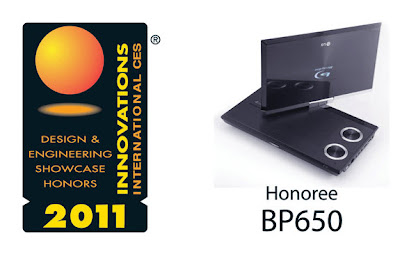 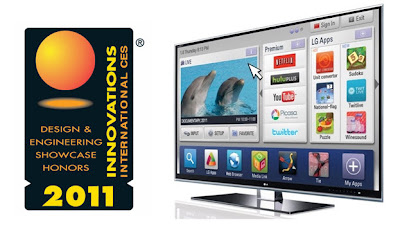 LG Smart TV was another winner, this time as an Honoree of the Innovations Awards in the online audio and video content section. One of a growing trend toward connected, “intelligent” TVs, LG’s Smart TV stood out thanks to a simple, intuitive interface that makes its high technology easily and great content easily accessible to everyone. LG’s Smart TV also benefits from a fast-growing range of apps that cover everything from lifestyle and education to entertainment and games. In addition, the Smart Share function lets users wirelessly stream content from compatible devices direct to the television screen, while also serving up simultaneous meta data, such as synopses or actor profiles, for whatever you’re watching. 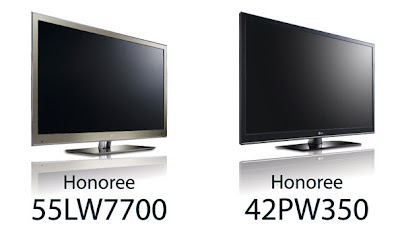 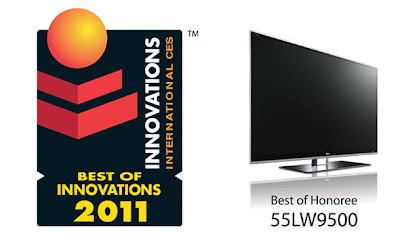 This versatile little Blu-ray™ Player’s attributes can be summed up in two words: powerful playability. At just 1.6 inches in width, it can beslipped in most bags or packs with ease. The 9-inch screen is ideal for watching movies in beautiful HD definition. The BP650 is also designed to let users enjoy online content through wired network access, adding even more tools and applications to the BP650’s impressive repertoire.
Innovations Awards: Home Theater System (HX996TS) 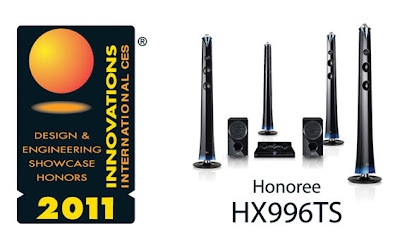 A CES Innovation Honoree for excellence in the category of Integrated Home Systems, the HX996TS uses innovative new sound technology to take audio into the third dimension. Providing 3D sound optimized for 3D movies, this 3D Sound Home Theater uses dual subwoofers and special tallboy speakers that completely fill the space above viewers’ heads, creating the illusion that they are right in the middle of the movie.
Innovations Awards: Monitor (E2290V), Optical Disc Drive (BP40LS20) 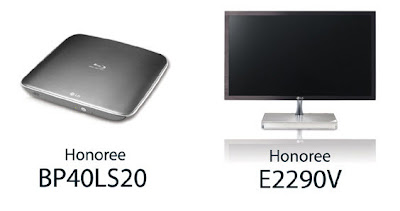 In computer accessories, the LG E2290V, an ultra-slim monitor, and the LG BP40LS20, an external Blu-ray Disc™ drive, also earned Honorees of the Innovations Awards.
The LG E2290V offers crystal-clear images with a 10 million to 1 contrast ratio and a lightning fast 2ms response time that keeps images smooth, even during fast-moving action sequences. It also provides a suite of eco-friendly features including reduced energy consumption – as much as 40 percent less than with conventional CCFL-backlit LCD monitors.
The LG BP40LS20 is the first optical disc drive with BDXL, offering new standards in Blu-ray™ technology.
Innovations Awards: Home Appliances

Rounding off LG’s Honoree list was a trio of the company’s outstanding steam washers.
The WM3885HCCA is a highly-efficient front load SteamWasher™ based on LG’s Inverter Direct Drive™ technology. Along with major improvements in capacity, energy efficiency and durability, the SteamWasher™ delivers a clean as delicate and thorough as if the clothes had been washed by hand. Working in conjunction with ColdWash™ technology, which uses cold water to penetrate deep into fabrics, 6 Motion technology provides consumers with the same washing performance as washing in warm water.
LG’s high efficiency top-load laundry pair (the WT5101HV and DLEX5101V) has again demonstrated its technical superiority in the field. Key to this success is LG’s Inverter Direct Drive™ technology and its 6 Motion technology, which lets the drum tailor each cycle to the clothes’ precise needs, using a mixture of rolling, stepping, swinging, scrubbing, filtration and tumbling. Depending on the cycle the consumer chooses, these motions range from extremely gentle for delicates to a more powerful cleaning for soiled items, making it simple to take excellent care of clothes.
Using TrueSteam™ and Inverter Direct Drive™ technologies, LG’s new Steam Dishwasher (LDF9942ST) delivers excellent, simple cleaning while consuming less energy and water. LG’s TrueSteam™ Generator, the only built-in steam generator of any dishwasher, creates high-intensity steam that dissolves even the toughest residue. A highly water-efficient function in itself, the TrueSteam™ Generator also does away with the need to manually pre-rinse dishes, thereby helping save water. What’s more, the Inverter Direct Drive™ motor makes the LG dishwasher one of the most energy-efficient, high-performance lines in the industry. 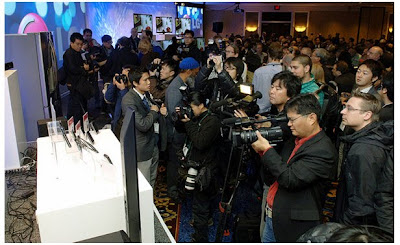 Great interest is generated among the world’s media in innovative devices at CES
When the show was over, the techies moved on and Vegas was soon back to its normal, ebullient self. Still, for those that were there, CES had shown a distinct picture for technology this year, in which “smartness” and integration were crucial. LG played a key role in creating that picture, with innovations that embraced some of the most impressive elements yet seen in smart consumer technology. The show may be over, but the buzz around smart goods, and how they’re offering up exciting new possibilities, is only just beginning.