In the global movie industry, James Cameron is Mr. 3D. In 2009, the director of such megahits as Aliens and Terminator turned his attention to this under-used form and revolutionized it with his sci-fi smash Avatar. Telling the story of a clash between resource-hungry humans and blue aliens on the far-off planet of Pandora, Avatar redefined 3D technology, and surpassed Titanic – another Cameron movie – to become the highest grossing film of all time. 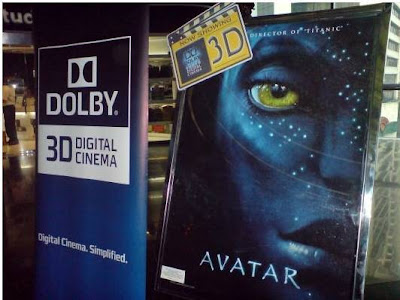 Megahit Avatar was shown in over 3,000 theaters worldwide.
(Photo courtesy of http://www.syaoran.net)
Cameron has been a staunch advocate of 3D home entertainment too, predicting it will become a standard feature on TV sets around the world. During a keynote speech at the National Association of Broadcasters (NAB), held in Las Vegas from April 9 to 14, Cameron said he believed less expensive polarized glasses would accelerate the adoption of 3D technology into the home. 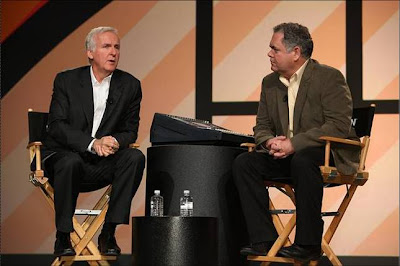 James Cameron (left) and cinematographer Vince Pace at the 2011 NAB Show on April 11
(Photo courtesy of the National Association of Broadcasters)
Coverage of Cameron’s speech can be found here:
http://www.youtube.com/watch?v=Ct3eJsz7e68&feature=player_embedded
http://hwcdn.net/e3v8m4c6/cds/NABShow2011/JC_04112011-Cameron.f4v
Cameron’s remarks came at a critical time in the nascent 3D TV market. Since the initial launch of 3D TVs early last year, the market has been dominated by SG-type technology, a position that is only now being challenged by what is widely known as “polarized” or “passive” technology.
LG is among the pioneers in this newer form of 3D, with a range of TVs called CINEMA 3D, which use LG’s own Film Patterned Retarder (FPR) technology. LG unveiled its next generation CINEMA 3D TVs for the first time at CES 2011, held in Las Vegas from January 6 to 9. 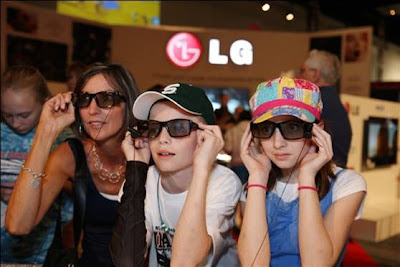 Visitors marvel at the 3D experience on LG’s CINEMA 3D TVs.
LG’s FPR technology addresses the major shortcomings of SG-type sets. The picture practically eliminates the flicker and crosstalk that could cause discomfort or even nausea on previous 3D TVs, while the comfortable, lightweight glasses won’t get tiresome even for epics like Avatar. CINEMA 3D glasses also typically run to about USD 10 per pair, a fraction of the cost of SG-type eyewear. 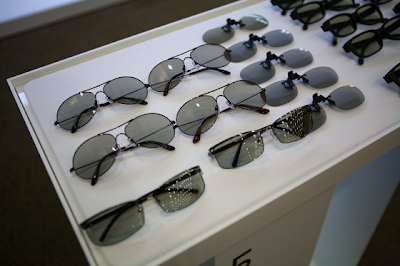 FPR 3D glasses don’t need to be recharged.
In his speech, Cameron predicted a world in which 3D is standard, and where viewers demand 3D in the way they “used to demand color.” As 3D does become a more standard feature on TVs in the years ahead, technology such as LG’s will be key in helping it get there, with a 3D experience that is as smooth, comfortable and accessible as it is spectacular. 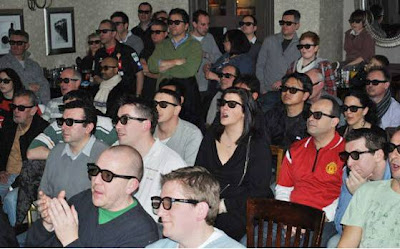