At CTIA 2011 in warm Orlando, Florida, the LG booth was the place to be. The gorgeous red and white displays and brilliant lighting set the booth apart from the rest, but the real standouts were the new devices and technologies on display. There wasn’t a dull moment with Diane, our infamous DJ, keeping the energy up and attendees rocking out as they checked out everything LG has to offer. 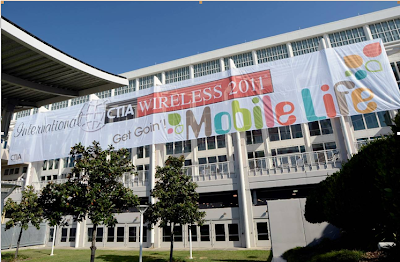 Held from March 22 to 24, CTIA 2011 attracted tech heads and mobile geeks from all around the world. 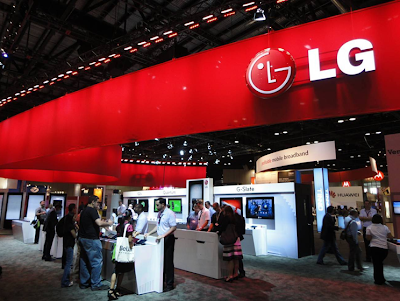 LG’s eye-catching red and white booth was a big hit at CITA 2011.

While it did share the stage with other amazing devices, 3D technology was one of the highlights of the LG booth this year. On one side of the booth was the LG Optimus 3D (now also known as the LG Thrill 4G with AT&T) which allows for 720p HD 3D video capture and 3D playback. The kicker? No 3D glasses are necessary to watch 3D content on this device, thanks to a little thing called the Parallax Barrier. You’ve gotta try this out, it’s insane. The LG Thrill 4G has many more features, like dual core processing, dual memory and dual channel capabilities. 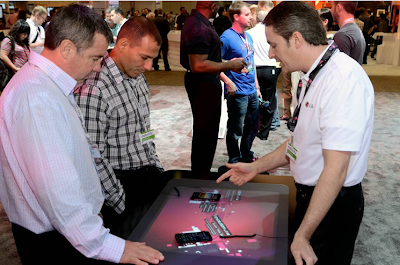 An LG rep demonstrates the Optimus 3D, one of LG’s headlining devices at this year’s CTIA.

Another amazing device LG showcased at CTIA 2011 was the T-Mobile G-Slate with Google, one of the world’s first 4G Android 3.0 (Honeycomb) tablets. The T-Mobile G-Slate is capable of shooting and playing back its own 3D content. This device comes with a free pair of anaglyph glasses to easily view self-captured content right on the device itself – or on any HD TV! You can also watch that same content with stereoscopic glasses on compatible TVs. Not looking to shoot in 3D? Don’t worry – you can also shoot in full 1080p HD. 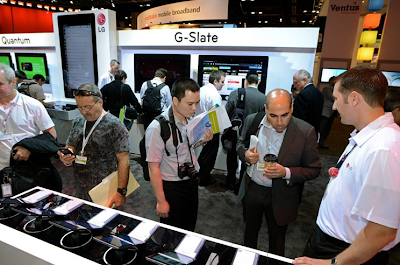 Visitors ogle at the full multimedia experience of the G-Slate.

Attendees could even see themselves in 3D on the many 42-inch LG TVs throughout the booth as they interacted with the various first-to-market LG products.

Now, let’s talk dual-core. The T-Mobile G-Slate with Google by LG is packing the 1GHz Nvidia Tegra 2 dual-core processor, as is the all new T-Mobile G2x with Google by LG. This fantastic device was also one of the stars of the show this year because of its sleek exterior and superior features – it has a gorgeous 4” screen and allows for 1080p full HD recording and playback. It also has an 8 megapixel rear camera with flash to capture beautiful still shots.

How about the 4G LTE LG Revolution?You might have seen this at CES this year, but here at CTIA we were able to see this device up close and in action. This Verizon Wireless device has a huge 4.3-inch WVGA TFT screen and runs on a 1GHz Snapdragon processor.It has 16GB of internal memory, expandable up to 32GB, and on top of that, the LG Revolution is a complete 720p HD solution allowing for 720p HD video recording and playback. 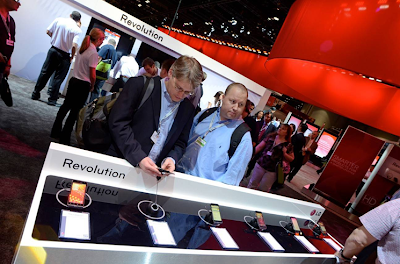 Visitors finally get the chance to see and touch the LG Revolution for themselves.

All of the above devices were showcased during live product demonstrations in a one-on-one setting with an LG product trainer, as well as on the LG stage surrounded by 10 65-inch LG high definition rotating TVs. I gave these presentations throughout the show, alongside Martin Valdez, a product expert from LG Mobile’s US headquarters in San Diego, California. 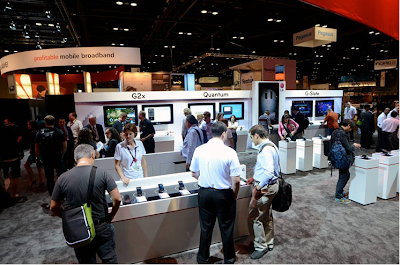 Tech fans revel in the full array of wireless devices at the LG booth.

Other devices on display included the full line of original Optimus devices and the Windows Phone 7 LG Quantum.Bluetooth accessories like the LG HBS-700, a headset that comfortably fits around your neck, rounded out our product line up.

This year is shaping up to be an amazing one for LG Mobile and it was great to celebrate at CTIA 2011. Upcoming months will bring new devices and continued innovation. To keep up with anything and everything LG, as always, make sure to check out YouTube.com/theofficialLGgirl and Facebook.com/thelggirl! 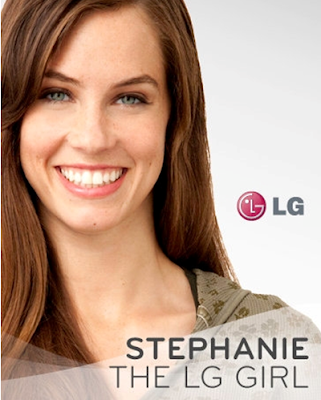 Stephanie Duchaine, also known as ‘The LG Girl,’ is the face and voice of LG USA Mobile to our consumers. She attends and hosts events, blogs and tweets about anything and everything LG Mobile related. Follow her on Twitter @thelggirl, or find her on Facebook at Facebook.com/theLGgirl.