In many countries, the arrival of March signals the beginning of spring – as if the new year itself has finally begun. For the Heating, Ventilation and Air Conditioning (HVAC) industry, this March also meant new beginnings thanks to CLIMATIZACION, the twice-yearly tradeshow that is one of the highlights of the global HVAC industry. This year the event was held at Feria De Madrid, in the Spanish capital, from March 1 through 4. 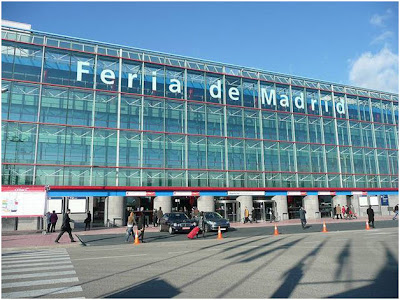 The HVAC industry covers all elements of air control in buildings – temperature, air cleaning, humidity, ventilation – which are crucial for vitalizing indoor environments. HVAC tradeshows are a locus for installers, building owners and consultants alike, so all the major players, including LG Daikin, Mitsubishi and Carrier, were in attendance at CLIMATIZACION to show off their latest technologies. 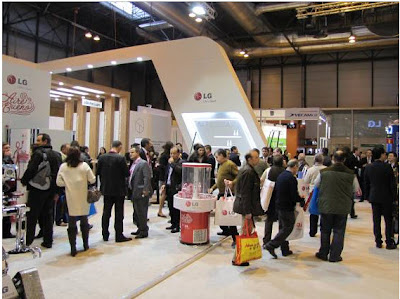 Inside CLIMATIZACION, one of the most important events in the HVAC industry.

Spain’s government is well known for its robust pro-environmental policies. With its “Green Home Plan,” unveiled in 2007, the Spanish government has been helping people make their old homes energy efficient. The country is a global leader in renewable energy, and its La Florida plant, which opened last year, is one of the largest solar power stations in the world. Madrid itself is also renowned as an eco-friendly city, making it the perfect venue for hosting the biggest HVAC tradeshow in the world 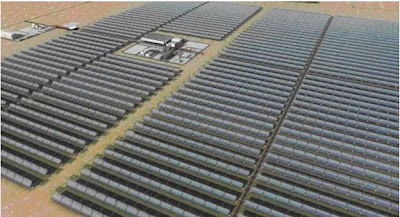 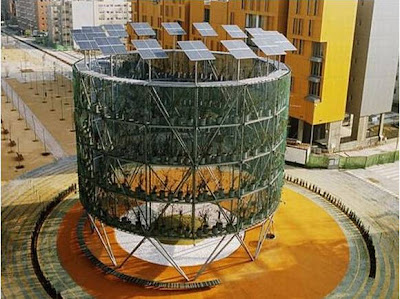 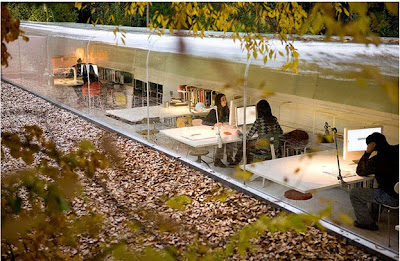 The Selgas Cano Architecture Office in Madrid, one of the world’s most eco-friendly office spaces. 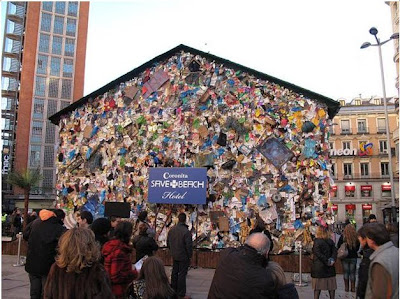 Designed by German artist HA Schult, the Beach Garbage Hotel, an exhibit in Madrid, was opened up to visitors between January 19 and 23 of this year to show “how things could end up if we do not take care of our planet.”

Some 47,997 participants and visitors from 80 countries took part in the tradeshow, so the companies taking part pulled out all the stops to show off their most advanced eco-friendly and energy-efficient air conditioners. 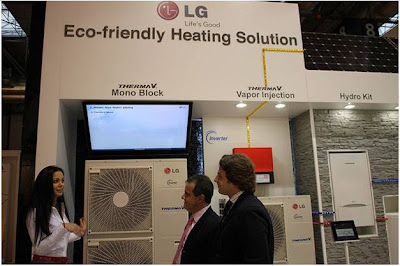 Visitors at the LG booth listen to an LG representative talk about the company’s eco-friendly heating solutions.

LG was among the many companies in attendance at CLIMATIZACION, with a full display of its HVAC solutions at its “Mobius Strip” themed booth. With its long, single-sided loop conveying the notion of revitalizing the air, the Mobius strip symbolizes LG’s vision of “Vitalizing You and Your Environment.” The booth used simulations of real-life scenes to show its products in action, with backdrops taken from a house, an office and a hotel, among others. 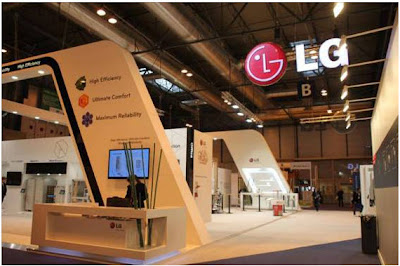 The House Zone offered the chance to see just how eco-friendly hot water supplies and floor heating systems in homes can be. The display also included LG solar panels and the Therma V, an air to water heat pump known in Europe and around the world as a highly effective eco-friendly heating solution. Its core V2 Injection technology, which won an Innovation Award at the AHR Expo in Las Vegas this January, delivers consistent heating even in severe cold, making it ideal for Europe’s often bitter winter temperatures.

Just like the Mobius Strip, air is endlessly circulating and returning to where it has been before. And for the five days of CLIMATIZACION, the world’s HVAC suppliers showed their awareness of keeping that air and our environment clean, and how they planned to circulate that message back around the whole world.