On Sunday, December 5, motor racing luminaries converged on London’s Grosvenor House Hotel for the Autosport Awards, one of the most prestigious ceremonies in the world of motorsports. LG was there as well to present its own prize for the Moment of the Year, in which the public chooses the moment they feel best captures the dazzling excitement of Formula 1 racing.

At what was the 29th edition of the Autosport Awards, more than 1,200 guests gathered to pay tribute to the biggest names in their profession. The top echelons of F1 were much in evidence too, including star drivers Sam Bird, David Brabham and the recently crowned F1 champion Sebastian Vettel. With the F1 season recently finished and Christmas fast approaching, there was a distinctly festive air at the glamorous event. 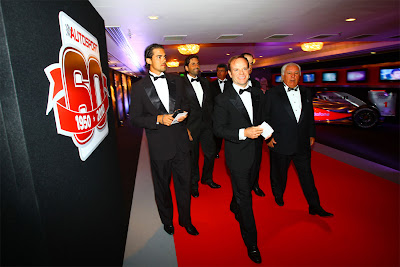 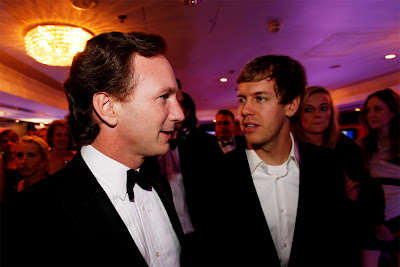 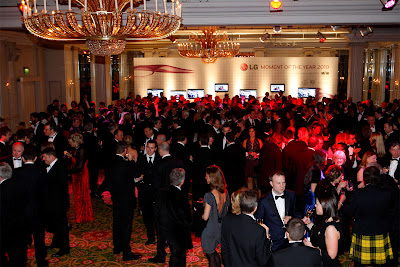 Guests enjoy the pre-awards champagne reception against the backdrop of LG’s Moment of the Year display. 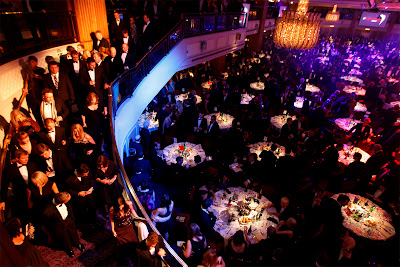 Guests descend to the Great Room for the awards ceremony. 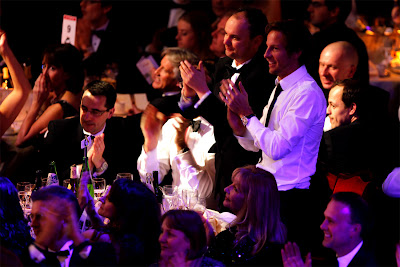 With his jacket off, McLaren F1 driver Jenson Button stands and applauds. 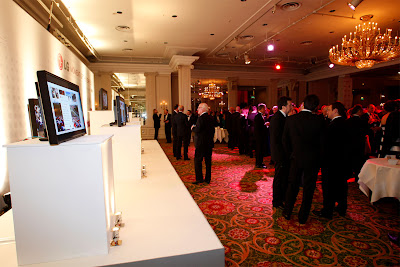 Run in partnership between LG Electronics and the Formula One Teams Association (FOTA), the LG Moment of the Year competition this year saw more than 35,000 fans visit the LG F1 website (www.lg.com/f1) to vote for their favorite moment from this year’s F1 championships. The 19 shortlisted moments, one for each Grand Prix race, included the dramatic collision between Red Bull team-mates Sebastian Vettel and Mark Webber at the Turkish Grand Prix, as well as Ferrari’s Fernando Alonso claiming his 55th podium finish with a second place in Barcelona. In a tight field, the final winner was a moment showing Heikki Kovalainen, a Finnish racer for Lotus Racing, bravely putting out his own car which had burst into flames at the Singapore Grand Prix.

The incident occurred on the 59th lap of the race, when a fire suddenly erupted from the engine of Kovalainen’s Lotus. In an incredible display of sang froid, the Finn avoided the pit lanes, got out the car and put the fire out with an extinguisher. 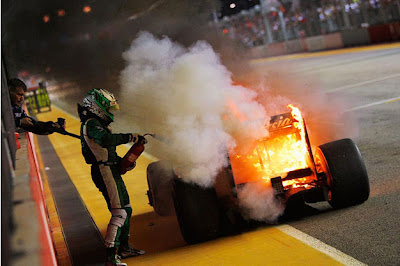 After 59 laps in the heat of Singapore, a ruptured fuel line sparks a major blaze. Avoiding a packed pitlane, Heikki Kovalainen parked safely off the racing line, grabbed an extinguisher and put out the fire 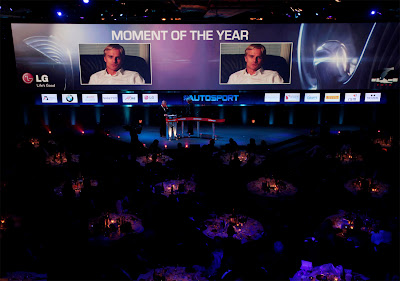 Heikke Kovalainen sent a video message thanking LG and his fans for the award.

Marking its 60th anniversary this year, F1 began in Bahrain on March 14 before ending, nine dramatic months later, in Abu Dhabi. It was a sensational year for the LG-sponsored Red Bull Racing, which won the Constructors’ Championship just five years after the team was formed, and for its star driver Sebastian Vettel, who became the youngest F1 World Champion in history. Vettel’s year got even better at the Autosport Awards, where he was named International Racing Driver of the Year. 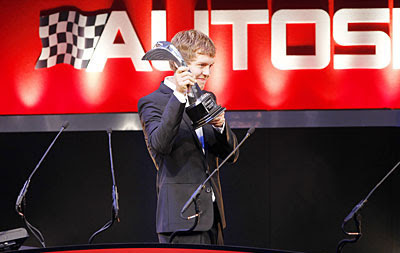 Sebastian Vettel holds his 2010 International Driver of the Year trophy.

The start of the next F1 season is already just three months away. As they count down the days to when their sporting heroes again grace racetracks around the world, F1 fans are no doubt already looking forward to many more Moments of the Year next year.