LG Electronics today announced the launch of its first 3D notebook (model LG R590 3D) which captures all the benefits of 3D in a portable form factor. In addition to the 3D notebook, LG is introducing a 3D monitor and 3D projector, offering a complete package of 3D products for gaming and movie viewing in one’s home. 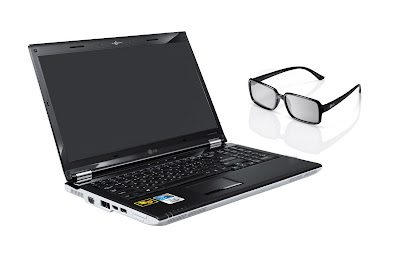 To create the optimal 3D viewing experience without the need for buffering, the LG R590 3D with 15.6-inch display is powered by an Intel® Core™ i7 Processor with HM55 chipset and NVIDIA® GeForce® GT335M graphics card, including 1GB of dedicated DDR3 video memory.

The new notebook features SRS Tru-Surround HD for an even more thrilling 3D entertainment experience, while an optional Blu-ray drive allows for the viewing of HD movies in both 2D and 3D. In addition, included TriDef software converts 2D video to3D in real time so there’s never a dearth of 3D content for the LG R590 3D. 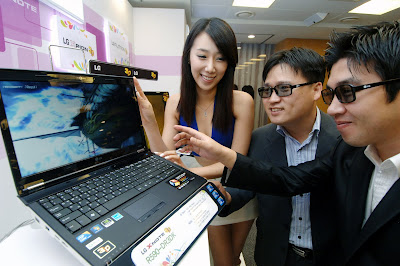 Included polarized glasses help reduce eye fatigue when watching 3D content on the LG R590 3D. With no internal circuitry or batteries, the slim, lightweight glasses are easyand convenient to carry with laptops.

LG’s first 3D notebook will be launched in Korea this month and introduced globally in the weeks to follow. 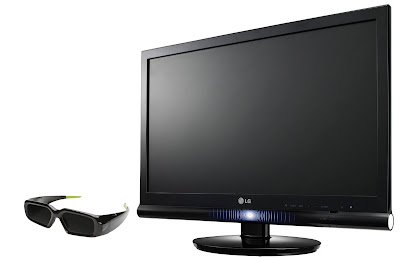 Rated at 172Hz per second, the W63D reduces the blur that can sometimes occur during fast-paced actions sequences. The smoother, more realistic on-screen action significantly reduces eye strain even after long periods of usage. The W63D also includes a game mode called G-mode for optimizing the set-up process for gaming. Auto Brightness Control reduces eye strain and Aspect Ratio Control eliminates distortion across all ratios. In sound, SRS Tru-Surround HD delivers the very best in audio and Thru Mode ensures absolute clarity in even the fastest action sequences. The W63D is now being rolled-out in markets worldwide. 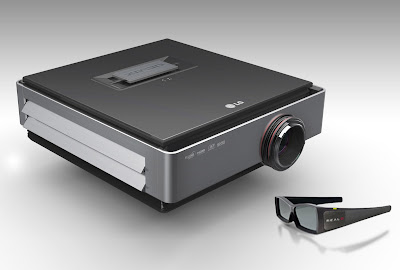 Another addition to LG’s diverse range of 3D products is the CF3D, the world’s only polarized glasses 3D projector to transmit full HD pictures though a single lens. With a maximum projected image of 200 inches, the CF3D delivers a true cinematic experience. With a 3D brightness rating of 1250 ANSI lumens (2500 ANSI in 2D) and a contrast ration of 7,000:1, the CF3D projects superb images that put viewers right in the thick of the action. The CF3D ships with six pairs of polarized glasses so friends and family can all enjoy the 3D show together.