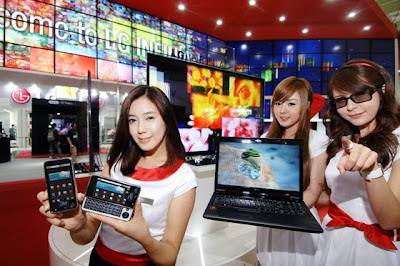 There are several methods for bringing images into the third dimension. Of these, two offer the tantalizing prospect of 3D TV without the need of glasses. Parallax barrier images work by using binocular disparity, or the difference between what each eye sees, while holographic technology focuses on the location of the objects rather than the screen itself. 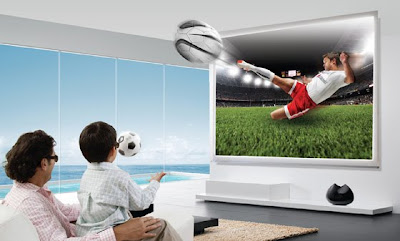 Though they differ in details, all 3D TV glasses work by projecting different images onto the left and right eye. Specifically, the TV shows two separate images, and the glasses filter them so that each eye sees only one, thus creating a single 3D image. Thanks to the glasses, this effect works from a range of viewing angles in front of the TV.

By contrast, glasses-free 3D TVs project a different image directly to each eye to achieve the illusion of depth. Though this is already possible, it requires the viewer to remain at a single, fixed point to get the 3D effect. Because of this, glasses-free 3D technology has so far been successfully deployed only on smaller devices, such as mobile phones, or displays that are usually viewed from a smaller range of angles, such as computer monitors. 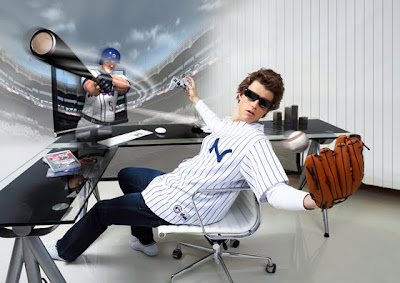 Though several methods already exist for glasses-free 3D TV, parallax barrier technology and lenticular technology are the most common so far. With parallax barrier technology, the “filter” function of 3D glasses is replaced by a layer of material in front of the screen itself. Through a series of slits, the layer allows each eye to see a different set of pixels, thus creating the 3D effect. The parallax barrier only works if the viewer remains in the same spot, making it suitable for small display units but not so great for TVs. In addition, with parallax, the screen’s brightness suffers. Lenticular technology is actually based on an old printing technique in which an image changed slightly depending on the angle it was viewed from (a simple example of this technique is on children’s rulers that are decorated with images that seem to move when the ruler is rotated back and forth). Lenticular technology works by arranging small lenses on the display and refracting the left and right images to send separate images to each side. On the plus side, lenticular displays have less reduction in brightness and a slightly wider range of viewing angles. Unfortunately, they are also very difficult to produce, and hence very expensive. 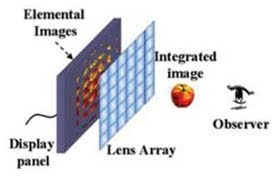 By offering a view from top and bottom, as well as from left to right, integral imaging delivers a more realistic 3D image. The technology is actually comparable to the eyes of a fly, which have thousands of ommatidium attached. As yet, however, this technology remains at the prototype level due to the difficulties of generating numerous views and the decrease in the overall contrast ratio. 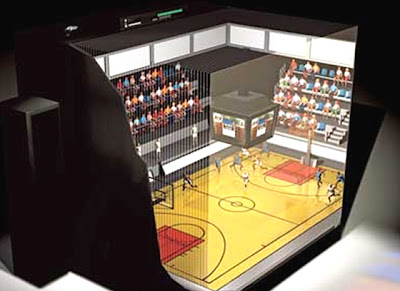 Even further into the future, holographic TV beckons. As seen in a slew of sci-fi films, holograms would offer not just an illusion of depth, but the real thing: miniaturized people replaying soccer games or scenes from movies right there in front of you. However, numerous technological challenges – including the need to improve laser efficiency, create a universal implementation system and secure the vast storage space needed to handle holographic content – ensure that holograms remain a good bit further away even than glasses-free 3D TV.