Last month, LG introduced the world to its own version of 3D technology, complete with two different types of glasses for viewing stereoscopic images. This week, as part of an ongoing guide to the 3D world, LG takes a look at 2D to 3D conversion, how it works and just how good it is. 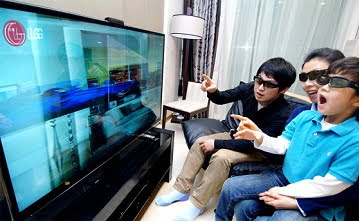 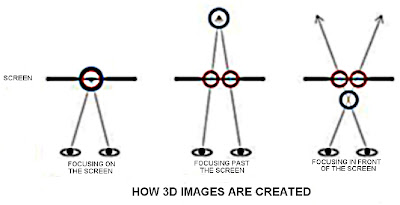 However, even without this effect it is possible to create the illusion of depth in images. With their sheer size, screens in IMAX theaters convey a sense of perspective that feels three dimensional. And because we are all so accustomed to watching television, our brains perceive the 2D images we see there as three-dimensional to some degree.

In fact, the general principle behind IMAX’s 3D-esque images also applies to the new 2D-to-3D conversion function on some TVs. The idea is to create a sharp contrast on-screen – between a large and small object, through overlapping objects, or through differing levels of brightness or clarity – which then forces the right and left eye to analyze things differently. 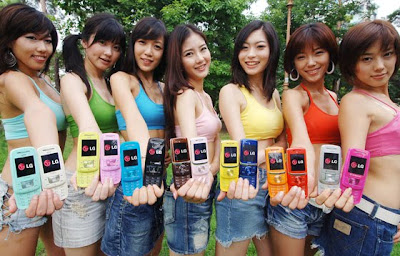 Take a look at the picture above. Because of these contrasts, we can perceive that the cell phones located at the bottom of the screen are in the foreground, the faces of the models are a little behind them and the trees at the top of the shot are in the background. In this way, the illusion of 3D is created. 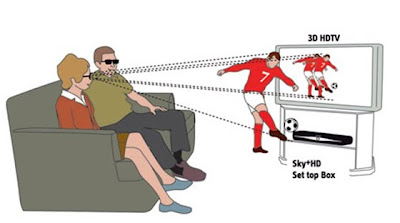 Because the 2D to 3D conversion function is basically an updated version of the “IMAX effect,” opinions on it have varied. To be truly effective, the conversion needs to be uniform, but some reports say that at present, some converted objects look contorted or shaky. With the current shortage of original 3D content, the usefulness of a 2D-to-3D conversion function is obvious. But since imperfect 3D images can cause dizziness in viewers, some experts believe it may be a little early to bring the conversion technology to the market. LG Electronics has already researched and created its own 2D-to-3D conversion technology, but plans to hold off on releasing it until it can eliminate the side effects and ensure the function produces perfect 3D images.

Although the upcoming 2010 FIFA World Cup will be broadcast in 3D, delivering a treat for sports fans, originally-made 3D content is still a bit thin on the ground. But a slew of 3D movies are scheduled for release in the year ahead, and several 3D offerings are expected to make their way onto Blu-ray discs soon. Making sure it’s ready for them, LG has already released its own 3D Network Blu-ray DiscTM Player.

In addition, working with local network SBS, LG Electronics has succeeded in developing the world’s first terrestrial 3D TV channel. Unlike satellite or cable networks, which typically have several channels over which they can broadcast 2D and 3D content, SBS has to transmit 2D and 3D versions of the same show simultaneously through a single channel. LG’s technology is the first to make this possible, and has done much to bring a range of 3D channels closer to reality. 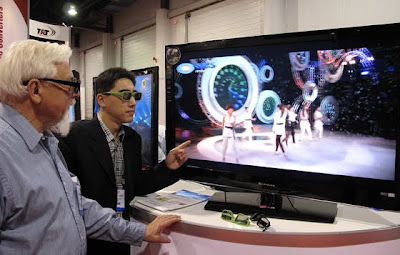