Everybody’s talking about 3D TV. In the few months since Avatar burst onto cinema screens, 3D has gone from high-tech novelty to cinematic sensation to a source of stunningly real movies and sports events being beamed straight into pubs and homes. Though the 3D TV revolution is just beginning, it is capturing imaginations just as much as the very first TV images did. 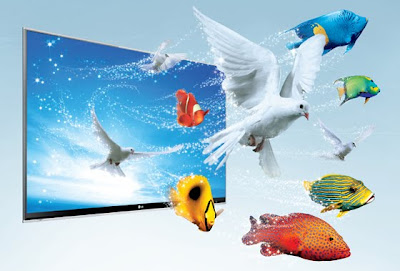 Demand for 3D TV is expected to boom this year, thanks in no small part to the 2010 FIFA World Cup in South Africa, which will be the first major sporting event to be broadcast entirely in 3D. But as with all major 3D entertainment so far, viewers will need to wear special glasses in order to perceive the on-screen depth that defines the 3D experience. Indeed, for all the leaps in 3D technology, every major 3D TV set for release this year will require glasses. And while the industry is hard at work perfecting the technology, it will be years before a high-quality, glasses-free set is actually available for consumers. 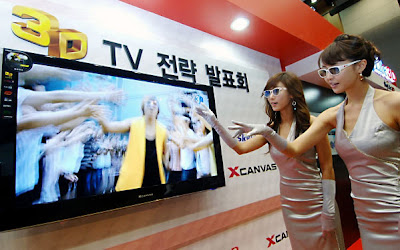 With glasses set to be a feature of 3D TV in the medium term, it pays to know just how they work and what the options are before deciding on whether and what to buy. So, for all our readers, here’s a brief lowdown on 3D glasses technology as it stands today.

3D: An Image for Each Eye

To understand why we need to use glasses to watch 3D content, we need to look at how our eyes perceive images and how this can be manipulated using a technique called stereoscopy. 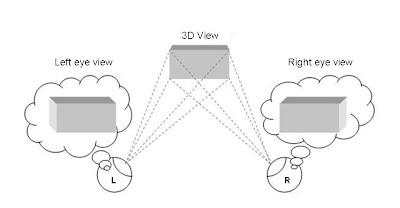 As the above image shows, stereoscopy works by providing different images to each eye, which combine to create the illusion of depth. Whether the source is cinema projectors, LCD or plasma TVs, or home projectors, there are currently two kinds of glasses – polarized type and shutter-type – that work in different ways to produce the stereoscopic effect.

Why do some people feel dizzy when watching 3D TV?

When buying a TV, consumers typically consider aesthetic features such as screen size, design and thickness, or technical specifications including resolution, contrast rate and response time. When buying a 3D TV, however, such features as light intensity, “crosstalk” and the number of pixels become very important. Crosstalk takes place when any image intended for the right eye “leaks” into the left eye’s image, or vice versa. When this happens, viewers can feel dizzy.

If you’ve been to the cinema recently to see Avatar, Alice in Wonderland or any other 3D offering, you’ve already used polarized glasses-type technology. If you recall, when you entered the cinema the images on the screen looked blurry until you put the glasses on, when the 3D effect started working. This is because polarized-type 3D movies actually project two images: one each for the left and right eyes. As the filter on each lens lets in only one of the two images on screen, blocking the light polarized in the opposite direction, each eye sees a different image, creating the illusion of 3D. Being relatively cheap, polarized glasses are ideal for 3D screenings for large audiences, such as movies and sport events in pubs. However, as polarized glasses-type 3D TV sets cost rather more than the alternatives, they are, as yet, generally being used only by large-scale commercial providers rather than in homes. In addition, because of issues relating to cost and light intensity, polarization technology is far better suited to LCD TVs than to plasma. Because polarization requires that each eye see only half the pixels on screen, the picture’s resolution is effectively halved, and ultra-thin black lines are sometimes visible. For some viewers, these lines can cause discomfort. 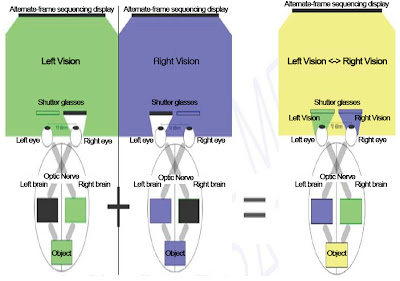 At present, practically all 3D TVs being released onto the consumer market use what is called shutter glasses-type technology. Shutter glasses actually receive signals from the TV, and create the 3D effect by blocking one lens then the other in sync with the TV’s refresh rate. As this refresh rate functions at between 240 and 480 times per second, it is indiscernible to the naked eye. The technology for shutter glasses enables rich stereoscopy without reducing the number of pixels and lights. But as shutter-type glasses need to be wired to receive signals from the TV, they are expensive to produce and retail for considerably more than polarized glasses. As the technology matures, though, industry experts expect the price to fall considerably. 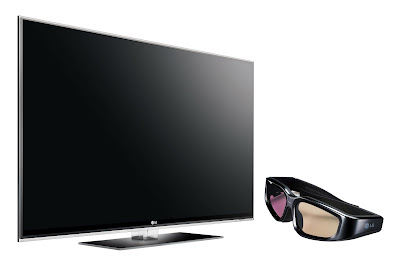 Journey to the 3rd Dimension

As dazzling as the 3D experience now is, the issue of glasses remains a central one for the medium’s future. For people who wear prescription glasses, for instance, an extra pair of glasses can be less than ideal for watching TV. In addition, shutter glasses are still a touch on the heavy side, and the optimum pair, in terms of weight and comfort, is yet to arrive. However, no one is working harder than LG to address these challenges, as it pushes to create the perfect viewing environment and the ultimate in 3D TV.