While TV technology has leaped from Braun tubes to high-quality plasma, LCD and now 3D screens, its user interfaces have, on the whole, remained pretty flat. Designed to help users communicate more easily with their gadgets, interfaces found TVs – with their multiple users – to be an odd fit compared with the tailored needs of personal devices. As a result, the changes that did come to TV user interfaces tended to be somewhat superficial, lagging way behind the enormous innovations going on with interfaces on, say, mobile phones.

Looking to buck this trend, in January 2009 LG Electronics launched its “M Project” team. Composed mainly of designers, the group was charged with pro-ducing a totally new user interface experience that would be used on LG’s new BORDERLESS™ TVs.

What resulted came to be known as Magic Motion TV and the Magic Wand re-mote control. The Magic Motion TV actually started life through a thorough study of consumer habits and preferences. Younger customers, all children of the digital age, said they wanted a brand new type of remote control that feels more like using a mouse. Almost everyone said that with TVs becoming ever more advanced, it was crucial that the remote remain easy to use. Based on this feedback, LG created the Magic Motion TV’s user interface, which combines a thumbnail-type list of channels with the Magic Wand remote control for an extremely convenient viewing experience. 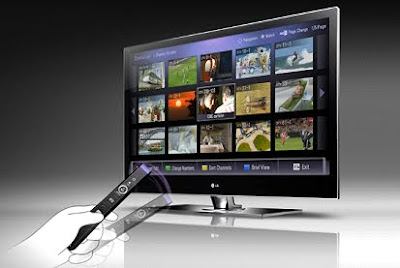 The plaudits didn’t take long to arrive. In 2009, the Magic Motion TV won a red dot Communication Design Award, the first such prize given on the strength of a TV’s user interface. Consumers got their first look at the new technology at the IFA electronics show, held in Berlin from September 4 to 9, 2009. Here, too, the interface and its Magic Wand control won wide acclaim, with viewers warming to the interface’s intuitive, sensitive functions.

The introduction of IPTV adds a host of new channels, a feature for which the thumbnail listings format is ideal. In addition, by being able to move left and right – as well as up and down – through the onscreen options, the Magic Mo-tion TV feels natural and intuitive. 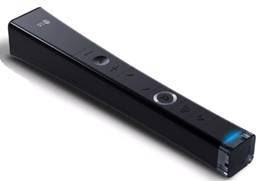 By restricting the number of buttons on it to just six – including for power, chan-nel, volume and select – we also ensured the Magic Wand itself is easy to use. This was a particular concern for the 30-50 age group, who said they found conventional, multi-buttoned remote controls fiddly but were very happy with the convenience of the Magic Wand. What’s more, the Gyro sensor on the zapper even recognizes body movement, meaning that viewers can use the remote control either with a cursor or as they would a controller from a Nintendo Wii.

Embedded with content for the whole family – including games and a calendar that alerts people to birthdays or special events – the Magic Motion user inter-face answers all the needs of whoever might be using the TV.